If you’ve ever had the “pleasure” of visiting the dreaded Mogamma, you’ll empathize with Ahmed and understand why he had to make three trips just to get one document issued.

I didn’t believe what was being said about Mogamma El Tahrir by people and in the movies. I thought they were exaggerating, until one day when I had to go get a document processed. The first time, I went at 12 noon and things were quite normal, but I found out when I asked that I was supposed to have been there at 6 o’clock, before employees’ working hours and stand in line in order to get the form that I would use to issue the document. I became annoyed when I learned this because the Mogamma is in Cairo and I am from another governorate, so I had traveled for a long time to get there. The second time, I went so early, at 5 in the morning. And despite that, I wasn’t the first person present in the Mogamma, and I found people had spent the night there. We stood in a very long line until the Mogamma opened at 9 o’clock. I thought that as soon as I entered, everything would be easy, but I saw when I entered that I would stand in another long line for the elevator, and after that, a line for the department that I was going to. The word “line” suggests that things are organized, but the Egyptian line is different. It doesn’t have a consistent structure and requires experience in dealing with it. After struggling for more than six hours because the place was so overcrowded, I left with the document that I needed. The funny thing is that for those six boring hours, I met people from different governorates, and as soon as we got out of there, we celebrated because we were feeling that we had accomplished something. Out of my joy, while leaving, I didn’t look at the document, took it and ran off. And after I had gone home, I found out that my name was misspelled on the document, I laughed hysterically. Of course, I went again and this time, I made sure that everything was right because as the saying goes: “No one is burned twice by soup.” I hope that I don’t have to go to that place ever again!

Ahmed is a dental student at Mansoura University. He is interested in cultures, education and science communication. 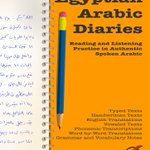 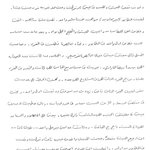 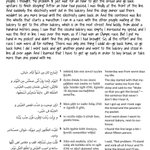