My Birthday in Berlin

Ammar tells us about his birthday trip to Berlin.

Last week was my birthday. Therefore, my girlfriend and I decided to go to Berlin. On one hand, it would be a tour(istic trip) [lit. tourism] as the summer is about to finish. On the other hand, we could celebrate my birthday there, although I’m not really into things like birthdays. Naturally, we visited all the known tourist attractions, such as the Berlin Dome, which is the dome of Berlin Cathedral. We also went to the Berlin Victory Column, where the statue of Victoria is. Of course, to The Brandenburg Gate, and the Memorial to the Murdered Jews of Europe. The thing that I liked the most was the Memorial to the Murdered Jews. The idea was very impressive. It was rectangular cubes that looks like graves, all side by side, though their depth is not the same–some deeper than others, so that you could walk in and they become taller than you are. It’s hard to describe. However, the idea was very expressive. In The Cathedral there were also statues that were made out of pieces of cloth. When I first saw them, I said to my girlfriend, “Look at these. They look like refugees.” And funnily enough, the art work was indeed called “Refugees”. It was made in 2010. … Which means way before the last refugee crisis. We also visited the German Parliament. Of course, you can’t just go there. You have to register two or three days ahead of time in order to go. However, it was worth registering. You don’t really enter the Parliament but you go to the roof where in the middle there is a big dome made of glass. People can go up winding stairs and come down other stairs. In the dome, you can see the whole city from above. The thing that fascinated me in the city was the living history, which can be seen everywhere. For example, Checkpoint Charlie and The Berlin Wall. You can feel that you are living the history, which is not too distant and which has affected you in a way or another. Another thing I liked on this trip was the Graffiti that you run into everywhere, especially on the Berlin Wall. It was really expressive and beautiful. The thing that I didn’t like is that I couldn’t find a small beer! All the beers were half liter! But, of course, you haven’t been to Berlin if you haven’t drunk a lot of beer!

The photo is of a wax statue by the German Parliament.

Romy in the Lebanese Countryside

Camel Tongue at the Palace?

Giancarlo G.Rome, Italy
Thanks a lot for your wonderful job. You are really doing a lot for foreign students of Arabic who are confronted with a harsh reality... that of having to learn two languages, one written and one spoken.

Pascal L.Laval, France
Lingualism's books provide just what serious students of Arabic are in need of: a gateway to the Arab world with authentic, exciting and lively material that does help us to make progress! Highly and sincerely recommended!

Adhitiya M.Bekasi, Indonesia
Your books on Egyptian Colloquial Arabic are a real breakthrough! They have helped me learn ECA much faster and more efficiently than other books of the same topic. Thank you so much for helping me and other Arabic language enthusiasts!
prev next 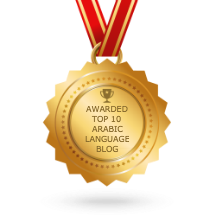