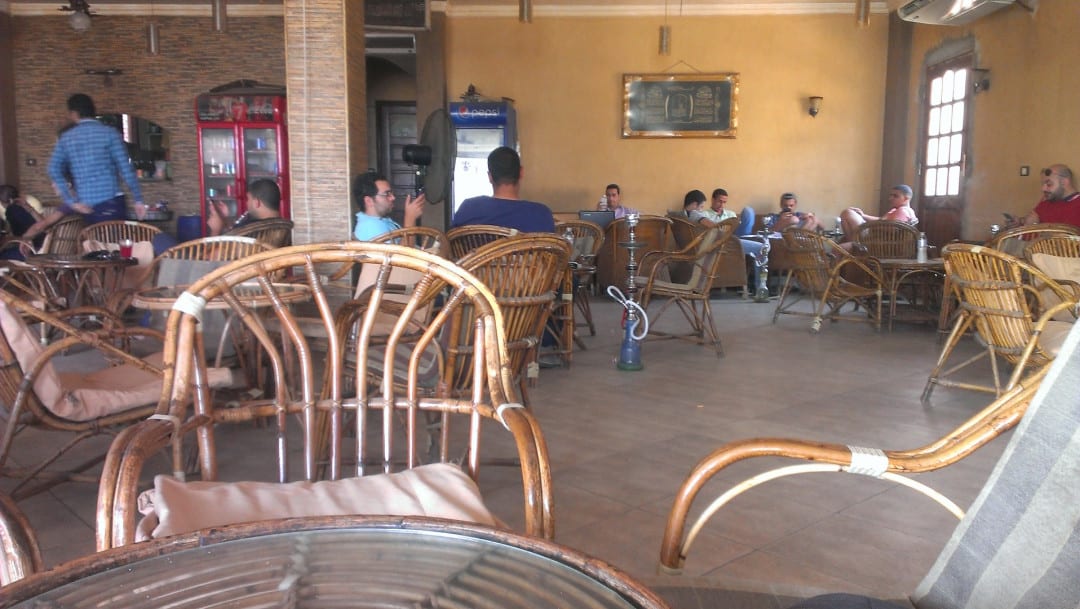 One thing you can’t miss in Egypt, it is the country cafés ilʔahāwi -lbáladi القهاوي البلدي. There is approximately over 100,000 country cafés in Egypt. It is something youth and elders do daily and go hangout in daily. It serves mainly café drinks like tea, coffee, ginger ganzabīl جنْزبيل and anise yansūn يَنْسون.

And only in country cafés, tea can be served in two ways: one we call šāy kúshari شاي كُشري, and it means he puts the tea in the tea pot and boil it, then pour it. Or šāy fátla شاي فتْلة, known as pocket tea.

This is not all yet, as the sugar comes with tea served also in two ways: First one that you tell him how much you want, and it’s either sweet ziyāda زِيادة, medium sweet maʐbūT مظْبوط, or dark tea šāy tiʔīl شاي تِقيل.

There are so many phrases used in country cafés than anyone can imagine, like, for some reason, when the waiter calls the kitchen guys, for example, to tell him what you want to drink, for example, tea; he says wāɧid šāy wi ʂalláɧu واحِد شاي و صلّحو, which if we translated it literally it would be “One tea and fix it!” Funny, ha?

Hesham is from Quesna, Egypt. He is studying medicine at Benha University.
Learn More