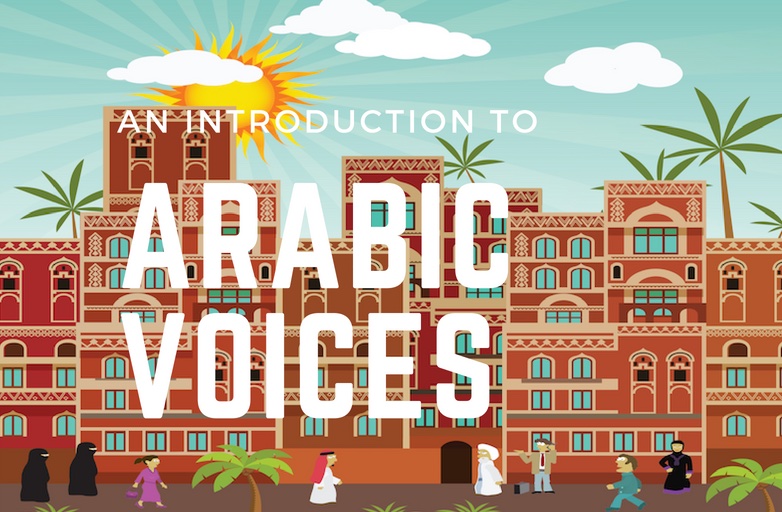 Who is an Arab?

An Arab is someone who speaks Arabic as his or her native language. This Arabic may be any one of the many varieties of Arabic which exist today across northern Africa and the Middle East. One thing that all Arabs have in common is that they all speak a local dialect–and not Modern Standard Arabic–as their native language.

What is Modern Standard Arabic?

MSA is taught in schools. It is used primarily as the written language. Arabs will then speak their local dialect for the most part but will turn to MSA any time they put something in writing. This “bilingualism,” the usage of two distinct forms of the language in everyday life is known as diglossia. MSA is also used in television and radio news reports and in public speeches, as the Arabic is generally read aloud from a prepared text.

Again, it is important to remember that no Arab is a native speaker of MSA. It is somewhat refreshing for the learner to realize that Arabs themselves do not speak, or even write, MSA perfectly. Although most educated Arabs are, to varying degrees, fluent in MSA, some of the same complex grammatical rules that trip up learners also pose difficulties for Arabs. Because MSA is primarily used for written communication, people have a noticeably lower level of proficiency when it comes to speaking it, especially when speaking off the cuff, without reading from a text. For example, individuals may be able to write MSA without mixing in elements from their native dialect. However, when speaking spontaneously, colloquial idiosyncrasies—idioms, vocabulary, pronunciations, even grammatical structures—will inevitably creep in. These “mistakes” are often a result of automation, that is, the speaker being accustomed to saying things a certain way, so that words come out before he or she has a chance to consider how it should be stated in MSA. At other times, the speaker may not realize a certain word or phrase belongs to his or her dialect and is not a part of MSA.

How do Arabs view their dialects?

The widespread sentiment among Arabs is that local dialects (colloquial Arabic) are a natural means of everyday spoken communication. However, it is felt that the dialects are not correct, pure Arabic and are not worthy of being written. Arabs will often refer to their dialects as “slang” when speaking English and may have a hard time understanding why a foreigner would want to learn a dialect, instead of focusing on MSA exclusively. The bias against local dialects in favor of MSA is partially due to a sense of pan-Arab identity, but religion is undoubtedly an influential factor toward this attitude, as well. Classical Arabic is the language of the Quran, and MSA is the modern incarnation of the Classical language, adapted only as much as necessary to meet the demands of the modern world.

How is colloquial Arabic written?

Because the dialects are not officially meant to be written, there is no consensus on orthography. Although some popular spellings have developed over the years*, you may see variations in the spelling of certain words; some individuals tend to keep close to the MSA spelling even when it does not accurately depict the pronunciation of a word in their dialect, while others prefer to alter spelling to reflect actual pronunciation. In this book, the former approach has been taken, for the most part. This is meant to help you, the reader, recognize words you know from MSA, but this also means you will have to listen carefully to notice regional differences in pronunciation.

How can this book help me?

You will hear the speakers in the Arabic Voices books occasionally make what you are sure are mistakes; you’re likely right. Words may be mispronounced or misused; grammatical rules may not always be followed; sentences may be left unfinished if the speaker decides to rephrase what he or she is saying. This poses an extra challenge for listening. However, it is also very insightful to hear natural, spoken Arabic at various speeds, in all its varieties, and by a range of native speakers. This is something, unfortunately, most coursebooks lack, in favor of carefully prepared, unnaturally slow and perfect listenings. It is hoped that the Arabic Voices series fills that gap and provides some refreshingly natural, challenging opportunities for improving listening skills.

Can I benefit from this book at my level of Arabic?

This book is best suited for intermediate and more advanced learners. However, even lower-level students can reap some benefits from listening to and studying the segments. Just keep in mind that the goal is not to understand 100%. The first time you listen, depending on your level, you may understand, say, 1%, 10%, 50%, or 90% of what you hear in a segment. If, after going through the exercises and studying the text while relistening several times, you are able to increase the percentage you can understand, you’ve made progress and are successfully developing your skills and pushing your level up. Taking this approach, the material in Arabic Voices can be useful to learners at a wide range of levels.

* The relative pronoun اِلْلي illi is commonly written with two laam (ل) even though MSA orthography would require a single laam with shadda: اِلّي.