If you’re learning Arabic, you’ve probably started with Modern Standard Arabic (MSA). Or perhaps a dialect? You might be learning both MSA and a dialect (or two!) in tandem. And you’re certainly aware that there are many more dialects out there. It may seem daunting. But just how similar and different are they from one another? If you’re curious, this book is for you.

This article is an extract from Arabic vs. Arabic: A Dialect Sampler, which lets you explore the vocabulary, pronunciation, and grammar of 15 varieties of Arabic (14 dialects and MSA) through tables with notes and free, downloadable accompanying audio. You can go through the tables in order or skip around the book to see what catches your attention. The book really is meant to be a sampler platter to give you a taste of each dialect and a better understanding of just how varied the various varieties of Arabic are. The layout encourages the self-discovery method of learning. While the notes under many tables identify points of interest, you are encouraged to find patterns, exceptions, innovative features of dialects, and universals by studying the tables and listening to the audio tracks.

Just how many “Arabics” are there? How many varieties? It’s not a question with a straightforward answer. Arabic comprises of a continuum of dialects stretching over the entire Arab world—from northern Africa to western Asia. It’s akin to asking how many colors exist. The best we can do is draw artificial lines to categorize dialects, while still understanding that there are regional variations within each named dialect, just as we understand that there are many shades of blue or yellow.

To keep things simple—more digestible—we have labeled dialects by national boundaries. Many countries have a de facto “official” dialect, usually the one widely spoken in the capital city, which carries more prestige than varieties spoken elsewhere in the country. So, for instance, when we say “Egyptian Arabic” in the book Arabic vs. Arabic, it is more precisely “Cairene Arabic.” However, what we call “Saudi Arabic” is not the dialect spoken around Riyadh (which is known as Najdi Arabic), but the Hejazi dialect of western Saudi Arabia (Jeddah, Mecca, and Medina). The decision was made to include Hejazi Arabic in the book, as the number of its speakers rivals Najdi, which is similar to Gulf Arabic (and can be largely represented by Qatari and Bahraini Arabic in this book). Arabs refer to their spoken language as الْعامّية or الدّارِجة (‘the common/colloquial language’). You might also hear terms such as شعْبي and لُغة الشّارِع (‘the language of the street’). In English, they will often call it ‘slang’—not an accurate term but perhaps an indication of their attitude toward the spoken language.

This pie chart shows the 14 dialects presented in this book along with the approximate number (in millions) of native speakers for each. They make up 85 percent of the estimated 294 million native speakers of Arabic. The remaining 15 percent are mainly speakers of Libyan Arabic (which is closest to Tunisian), Sa’idi Arabic (spoken in southern Egypt), Najdi Arabic, as well as Omani, Emirati Arabic, and Kuwaiti (varieties of Gulf Arabic). Note that MSA does not appear in the pie chart because it has precisely zero native speakers; it is a second-language for Arabs.

MSA vs. The Dialects

MSA is not considered a dialect, per se. We can call it and the dialects varieties. That said, the term dialects is used, for the sake of simplicity, throughout Arabic vs. Arabic to refer to all of the 15 varieties presented in the tables, often including MSA. MSA has a special function in Arab society. It is rarely used in spoken interpersonal communication—this is the realm of the dialect. Instead, MSA has a much more limited role with specific uses—primarily the written language. Arab countries recognize MSA as their official language. The dialects are not commonly written, although this is changing with the advent of phone texting and online social media. Because dialects have no official status, there are no official rules of orthography (spelling). Final short vowels are sometimes represented by a short vowel and sometimes written long, for example: انْتِ or انْتي (f. ‘you’). Both can be seen in various dialects depending on the spelling preferences of the individual.

* The number of native speakers of Arabic was arrived at by averaging numbers from various sources, taking into account the classification of dialects as presented in this book.

This article was adapted from the Introduction of the book Arabic vs. Arabic: A Dialect Sampler. 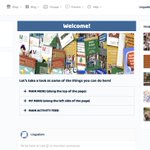