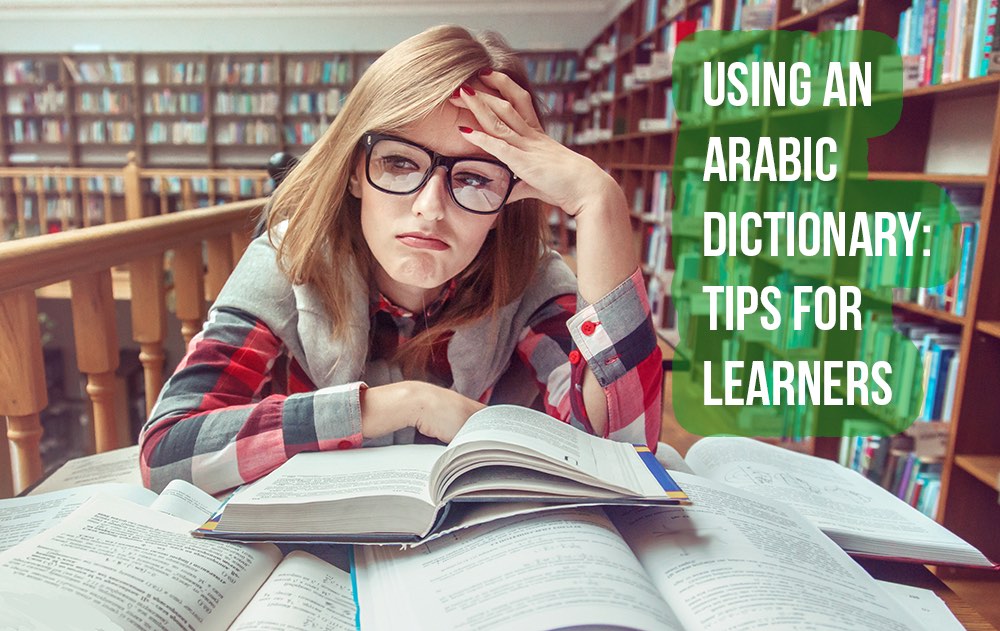 So, you’ve decided to study Arabic. From the get-go, you’re confronted with a number of challenges. You knew, of course, that you would have to learn to read and write a completely new alphabet… from right to left, no less. You undoubtedly realized early on that Arabic has several difficult sounds–the glottal stop, the emphatic consonants, and those made back in the throat (a.k.a. uvular and pharyngeal consonants). Sigh! If that weren’t enough, the first time you venture away from your beginner’s course book, you realize that Arabs don’t bother with diacritics (short vowels, shadda, and sukuun) in everyday life. OMG!! If you haven’t managed to throw in the towel by now, then learning how to look up words in an Arabic-English dictionary shouldn’t scare you off, either. That said, it is a challenge in and of itself. But you can do it! You just need to know how. That’s why I prepared this list of tips for using two Arabic-English dictionaries that are popular among Arabic language students: Hans Wehr’s A Dictionary of Modern Written Arabic (popularly known simply as Hans Wehr) and my own Lingualism Arabic Learner’s Dictionary.

Just as in English and other languages, the basic (“citation”) form of a word is the one listed in dictionaries. For example, if you wanted to look up goes, going, gone, or went, in an English dictionary, you would look up go, rather than an inflected form. And, of course, it requires a bit of grammatical knowledge of the language to get back to the most basic form of a word. What does this entail for Arabic?

The citation form of a noun is its singular form. You may need to first get rid of prefixed particles such as و (and), بـ (in, with), فـ (so), كـ (such as, like), and الـ (the). This also goes for regular plural and dual suffixes: ـان, ـين, ـون and ـات. For معلمون ([male] teachers), the citation form is معلم (teacher). ـات is a bit tricky because it can replace the feminine singular ending ـة, but it can also be suffixed to a noun without ـة. The citation form of حيوانات (animal) is حيوان (animal), while the citation form of معلمات ([female] teachers) is معلمة (teacher). You may only discover whether a noun ends in ـة once you find it in the dictionary. However, many, many nouns in Arabic have irregular plurals, which, nonetheless, follow certain patterns. This is where your grammatical knowledge really comes into play. And when you’re unable to determine what the singular form of an irregular plural would be, you can, fortunately, still find it thanks to the root-ordering system of Arabic dictionaries. (More on that below.)

Most of what I said above for nouns also applies to adjectives. The game is to find the singular form. But also, adjectives take ـة (and sometimes ـاء) when it modifies a feminine noun or plural non-human noun. The citation form is always the masculine singular form because it is the most basic form, without the suffix ـة.

A verb may have a prefixed particle that needs to be removed, including لـ (so that; let’s). Unless it is conjugated in the perfect aspect (i.e. past tense), it will also have personal prefixes (تـ, نـ, أ, or يـ) and sometimes suffixes such as ـين, ـان, ـون, or ـن); past tense verbs will have suffixes such as ـت and ـنا, among others. The singular masculine past tense verb form has no prefix or suffix and is thus the most basic form of the word–the one you will look up in the dictionary. Although it literally means “he did…”, the English translation is the infinitive (base form) “do.”

It may seem daunting at first, but as your level in Arabic increases, you will better be able to recognize prefixes and suffixes and determine the citation form of words. Trust me. What seems impossible now will seem like child’s play later on.

Words are not listed alphabetically in the dictionary.

Oh, come on! Does the torture never end?

Arabic dictionaries traditionally take a unique approach to arranging the order of entries. Unfortunately, you cannot just look up the citation form of an Arabic word. Instead, it will be found grouped together with other members of a “word family.” So, how do you find these groups of words? You have to look them up by what they have in common: their root. Words in Arabic are built by using usually three (and sometimes four) radicals, which are consonants to which patterns of vowels and other consonants are added to create words. Again, as your Arabic progresses, it will become easier to determine which three consonants are the radicals that make up the root of a word. Once you do find the root, you will look up these three (or four) consonants in the dictionary, in alphabetical order, to find its word family. For example, you see the word مكتب and recognize that مـ is a common prefix and that the remaining three consonants must be its root. So you look up ك ت ب.

In both dictionaries, foreign words borrowed in Arabic are arranged alphabetically. If you first attempt with success to find a word by what you believed to be its root, just try looking it up alphabetically.

Sometimes the second and third radicals are the same consonant. For example, م ل ل. In Hans Wehr, the third radical is then ignored, so you would find مل listed after م ك ن and before م ل ء. In the Lingualism Arabic Learner’s Dictionary, all three radicals determine its alphabetical ordering, so it would be found between م ل ك and م ل ء.

Wehr doesn’t explicitly show augmented forms of verbs. (Students will know augmented verbs as measures represented by Roman numerals. For example, measure X verbs prefix استـ to the three radicals.) So, instead of استخدم, Wehr will simply list English translations in the entry for the unaugmented verb خدم after the Roman numeral X. You will need to be able to reconstruct in your mind what the verb pattern is for measure X. In the Lingualism Arabic Learner’s Dictionary (ALD), on the other hand, both the Roman numeral and augmented verb itself are shown in a separate entry.

Below is a comparison of the entries for the root خ د م in both dictionaries: 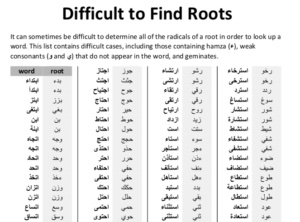 Two consonants in Arabic can prove a bit troublesome when it comes to finding the root of a word: و (waw) and ي (yaa). This is because these two consonants are, well, semi-consonants that can also be used as vowels, much like the ‘y’ of English. (Words that contain a root with one of these letters are referred to as assimilated, hollow, or defective, depending which radical it is.) You may not be sure if a و or ي is a vowel that makes up part of a word’s pattern or if it’s a root consonant (a radical). To make matters worse, these letters can sometimes disappear completely. If you can only find two consonants, that’s likely what’s happened. Hamza (ء) is also tricky, as are geminate verbs (those with identical second and third radicals). To help when you’re stuck, there is an index of such difficult words in the back of the Lingualism Arabic Learner’s Dictionary. These words are listed alphabetically and show you each word’s radicals.

Taking a little time to memorize the alphabetical order of Arabic letters will save you a lot of time trying to look up roots in the dictionary. Even then, you would inevitably have to flip around to find the right page. That’s why I included a Quick Look-Up Table to pinpoint the right page easily. It appears at the beginning of the ALD eBook and on the back cover of the paperback version. How do you use it? Just find the first radical horizontally along the top of the table and the second radical vertically along the left side to pinpoint the first page where these two radicals are listed alphabetically. If it doesn’t take you straight to the page you need, you’ll rarely be more than one page off, making looking up a word much faster.

Root ordering has its advantages.

Many Arabic learners simply do not like the root-ordered system of dictionaries. They would prefer a straightforward alphabetical arrangement of words. Undoubtedly, this is because it’s so time-consuming and difficult to, first, determine the root of a word, and second, find it, especially if it’s one of those tricky cases mentioned above. I believe the Quick Look-Up Table and Index of Difficult to Find Roots will go a long way to alleviate this burden, but I also put out an alphabetical version of the dictionary in print for those who really insist on it. I didn’t put out this version as an eBook because, with digital search functionality, you can very easily look up any word, Arabic or English, regardless of the ordering of words. That said, I really want to make the case that root ordering is the way to go. It just makes sense for Arabic. How? First, when you look up a word, you will see its entire “family” of other words derived from the same root. Most of these words will have related meanings, and taking a little time to look them over will help you make connections between already-known words and the word you’re looking up, which will help you remember the new word. Also, it is not always possible to be sure what the citation form of a word is, while you can still find the root. For example, you see أعلم Is the initial أ the first-person singular prefix (meaning “I…”) on a present tense verb or is this a measure IV third-person singular verb in the past tense. (Measure IV verbs begin with أ.) If you suppose the former and guess that the citation form is علم, you would waste time and energy looking up the word under ع in an alphabetically arranged dictionary. You would then have to reconsider that it might be the measure IV verb أعلم and look it up again under ا. In a root-ordered dictionary, you would find it either way under ع, and you would also see that both verbs actually exist and can compare the meanings of علم and أعلم and decide which one fits in the context you saw it in. A common experience that all language learners share is the frustration of looking up words multiple times. You look up a word, find it, get it, go back to reading… and forget the word again. Later (maybe just minutes later), you find yourself looking up the same word again. What was it now?? This happens when you only spend a second or two looking at the dictionary entry. You find the English translation and go back to the text you were reading. That’s why it’s hugely advantageous to spend a little time exploring the word’s entry and other members of its word family. What’s the plural? The gender? Any irregularities? Any language notes listed? Example sentences? Collocations or other expressions listed with this word? If you’re not in a hurry, hang out and spend some time internalizing the word so you retain it long term. It’s worth the few extra seconds or minutes you put into it. I’d love to hear what you think. What’s your experience using Arabic dictionaries? Any tips you’d like to share? Please leave a comment below. 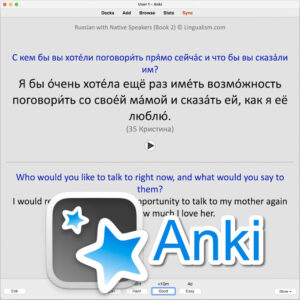 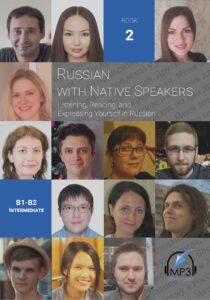 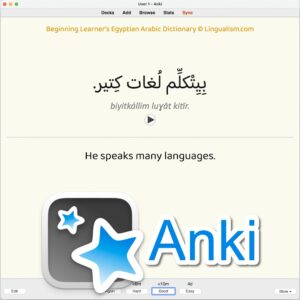 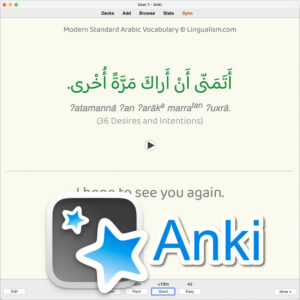 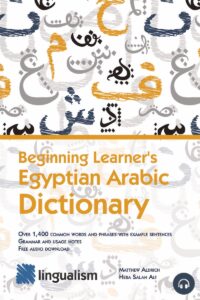 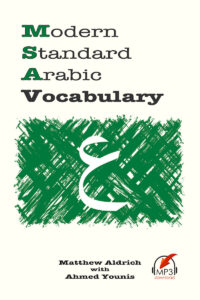