Even locals can get lost in a city as big as Cairo. How does Mostafa find his way?

I had to go attend a course, and this is a good thing. But the bad thing was that I didn’t know the place, except that it is at a station called Sakanat Elmaadi. And this was the easy part. I went into  the metro [station], bought a ticket, got on [the train], and got off at the station. I relied on the Egyptian proverb “He who asks never gets lost.” But I forgot something important: that people [here] don’t like to say, “I don’t know.” I asked the first person I came across. He told me, “Turn right, then [take] the second left.” And when I got there, I didn’t find the center which I was going to take the course at. So I asked someone else who said to me, “What brought you here? Go back to where you came from and turn left and then the second left.” I told him, “Thanks!” I walked and decided to ask anybody while I was walking to make sure. The problem was that everyone told me something different. And from that moment, I was sure that I was lost. But the solution was to ask a delivery man, as they are on their motorcycles all day delivering orders to different addresses, so they know the streets like the back of their own hands (lit. like their names). He told me the right way. Then, thank God, I arrived and attended the class. But on my way back [home], I wasn’t paying attention, so I went the wrong way on the metro. And I realized this after two stops, so I got off and found a map in the station. I looked at it and made sure of the direction I was going to take [the metro]. And for the first time that day, I went the right way and was sure of it. I learned from that that I either should know the address I’m going to very well or I should ask a delivery man!

Darwin at the Library

Mostafa is from Giza, Cairo. He is studying engineering at Helwan University. 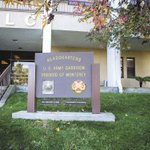