Yomna and her sons broaden their cultural horizons.

Hi! This time I took the boys and went to Japan. Well, not exactly Japan, but close! When I was little, my father used to tell me about different countries, people, traditions, and arts. This instilled in me a fondness to learn about these things. And when my kids grew up a little, I wanted to share this love with them. We decided to start with Japanese culture. We went and spent a day at the Japanese Embassy in Cairo. First, we tried on Japanese costumes. Hamza put one on. Salman was encouraged by his brother when he saw this and put one on, too. We got some really nice photos. For a long time after that, Salman kept telling everyone he would meet, “I wore a Japanese costume.” He was really overjoyed. After that, there was a workshop for Origami, which is the art of folding paper to make fascinating art pieces. The workshop was for beginners, which was adequate for Hamza’s age. We made a butterfly and a Pokémon. Hamza was so happy, but Salman was scribbling on paper and going under the tables. He was a bit too young for that activity. As we were leaving, we took a few really nice magazines that told about Japanese life and culture. All in all, the day was very delightful for all of us. God willing, we intend to do the same again in other places soon. See you soon on a new adventure!

Alexandria: The Bride of the Mediterranean 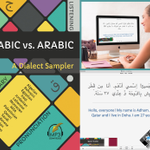