Ammar is a Syrian living in the Netherlands. Listen as he tells us about a cultural misunderstanding and what he learned from it.

Hello, my name is Ammar. I live in Amsterdam, in Holland. And I have a Dutch friend whom I speak with to practice the Dutch language. A while ago, she said, “If you would like, we could go to the museum”   I liked the idea and said, “Why not? Let’s go!” So, we went to the museum. The museum didn’t have very old things because it’s a contemporary art museum. Anyway, there were many interesting, weird, and freakish things. One of the things that caught my eye was the usage of a projector, sound, and video. Also, there was a big box of white balls where you can dive in and watch the screens above the box. The screens played a film. Now, the idea of the film was not so clear. However, the idea in general is talking about the effect of technology on our minds, how it is making us distant from reality and living in the virtual world. The funny thing is that the people sitting in the balls, instead of watching, they were taking selfies for Facebook! After we finished, we went out and drank coffee. And an awkward thing happened. My friend asked me if I would like to come with her to her house to have dinner with her and her daughter. Actually, I wanted to, but in Damascus it is impolite to accept an invitation the first time. So, I told her, “I don’t want to trouble you.” And I thought that she would tell me again and insist. But that never happened. Because here in the Netherlands, and in the West in general, either you say yes or you say no. There is no need to insist with anyone. In short, I lost the dinner. The following week I met her and told her the story. She laughed and said, “Okay, next time I will insist.” And she started to insist with me, as if we were in Damascus. Nevertheless, I learned my lesson: When I want something, I’ll say yes. And when I don’t, I’ll say no.

A Child in My Parents’ Eyes 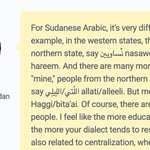