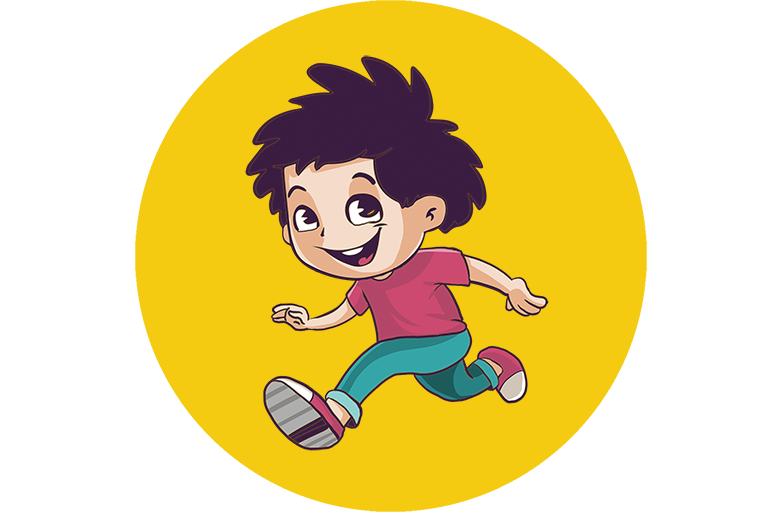 Mido: In Arabic… The Concept

I remember with great fondness reading Le Petit Nicolas stories in college. Childlike in their innocence, they were a welcome break from the more serious literature in the syllabus. This inspired me to create Mido for learners of Arabic. Mido is meant to provide fun, light-hearted reading and listening practice for those who are not yet ready to tackle Arabic literature.

First, I came up with character descriptions for Mido and his family members. I then made an outline for the first chapter, which introduces us to each member of the family as they start their day together at home before heading out to work or school. I also made a list of ideas for other chapters for the writer to choose from. Of course, I wouldn’t be writing the stories myself, as I wanted the stories to reflect genuine Arab culture–and I certainly didn’t want them translated from English to Arabic–so it was now time to enlist the help of a native speaker of Arabic to bring Mido to life.

As luck would have it, a very talented writer from Egypt, Mariam Khaled, was eager to collaborate on the Mido project. Together, we agreed on outlines for each chapter. And then Mariam took it from there, crafting lively dialogues that exemplify authentic language as used by Egyptians today, full of common colloquial expressions and even slang. Mariam came up with creative details in the stories to show everyday life in Egypt and teach us not only the language, but also the popular culture.

Mariam first wrote the ten chapters in the Mido book in Egyptian Colloquial Arabic in order to capture authentic, spoken dialogue patterns. She then translated the finished book into both Modern Standard Arabic and English. I edited the book, adding tashkeel to aid the reader in pronunciation and culture and language footnotes. 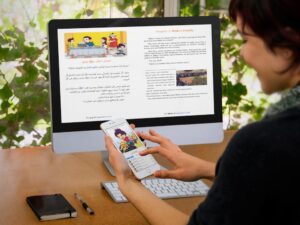 Mido is a dual-language reader. The Arabic and English texts are side-by-side, allowing readers to easily find the English equivalents/translations and understand the text, without having to flip back and forth between a glossary or stop to look in a dictionary. This method allows for a more enjoyable, natural reading experience.

And now that the texts were ready, it was time to enlist the help of other talented individuals. Mona Mohamed illustrated each chapter with cute and colorful cartoons which also serve to help the reader better understand the text and envision the scenes.

Mohamed Ibrahim narrated both the Egyptian Arabic and MSA versions of the book, reading the texts with clear pronunciation and at a comfortable speed for intermediate learners. I was very impressed with his character voices… and it really helps you understand who’s speaking, even if you’re only listening and not reading along! Mohamed’s mother, Amel Shafi, was kind enough to voice the female characters’ lines in the Egyptian Arabic version.

And finally, after much (fun!) work, Mido was ready to make his debut! Mido: In Egyptian Arabic was published in PDF ebook, Kindle, and paperback formats in March 2017. In May, Mido: In Modern Standard Arabic followed.

Not long after Mido was published, I started receiving requests for something similar in other dialects of Arabic. I showed Mido to a Lebanese friend, who agreed that it could be adapted to fit Lebanese culture. Hoda Hilal then joined the team to create a Lebanese adaptation… Mido: In Levantine Arabic. Hoda made changes at her discretion so that the characters were typical of modern Lebanese. Lebanese Heba (Mido’s older sister) doesn’t wear a headscarf. Amr (Mido’s brother) became Ziad, as Amr is not a very common name in Lebanon. Of course, other cultural elements were taken into consideration, such as food, currency/prices, and common transportation. Place names were changed from ones in Cairo to others in Beirut.

Sam Sakhle, a voice artist from Beirut, narrated the Levantine version. Like Mohamed, he’s quite a talent with character voices.

In 2018, I decided to add a fourth version to the series: Mido: In Tunisian Arabic. There are, unfortunately, not a lot of materials on the market for learning Tunisian Arabic, and certainly not at the intermediate level. It is hoped that Mido will help learners of this beautiful dialect to improve their listening skills and increase their vocabulary. And even if you haven’t studied Tunisian Arabic before, you will find it fascinating to see the similarities and differences between this dialect and others you may be more familiar with.

Lilia Khachroum (who also collaborated on the Tunisian Colloquial Arabic Vocabulary and Arabic Voices projects) adapted Mido for Tunisian Arabic and culture. She and her husband, Ghazy Douiri, also narrated it.