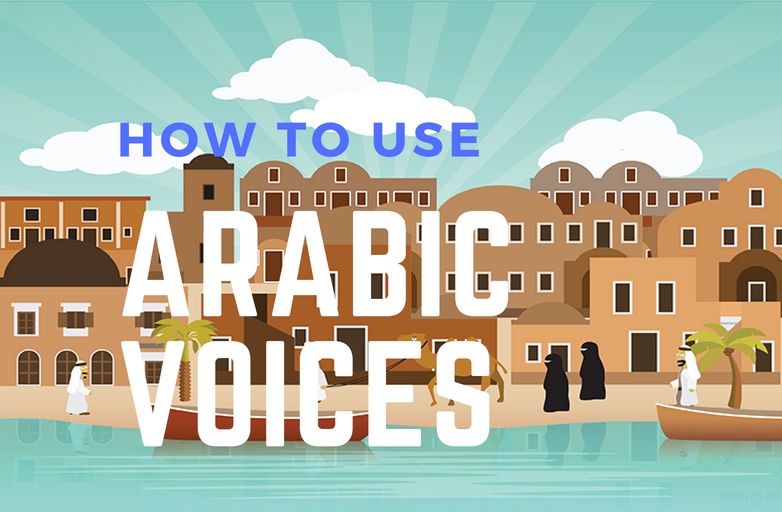 Arabic Voices presents dozens of audio essays on a variety of topics by native speakers from across the Arabic world, in both Modern Standard Arabic and regional Arabic dialects. Each essay is transcribed, translated into English, and includes exercises to improve comprehension. To get the most out of the series, you need to exercise a bit of discipline—discipline to resist reading the texts and their translations before you have thoroughly studied the listenings. This cannot be emphasized enough. Once you have read the texts and translations, the dynamics of what you can obtain from listening to the segments changes fundamentally. You should first listen to the segment several times while working your way through the exercises in the book. These have been designed to help you first understand the gist and gradually discover details as you relisten. Only once you have come to understand as much as you can through the exercises should you move on to study the text and translation that follow. This approach will result in maximum efficiency in improving your Arabic listening skills. A step-by-step guideline follows.

How to Study the Segments

STEP 1: CHOOSE A SEGMENT TO STUDY

Before you listen the first time, be sure to read the title of the segment and study the keywords. Going into a listening “blind”—without having any context, without even knowing the topic—makes listening comprehension in a foreign language extremely difficult. Just by knowing the general topic, we are able to improve the amount we can understand, as we are able to draw on knowledge from our past experiences, anticipate what might be said, recognize known words, and guess new words and phrases.

Answer the “True or False” questions. (Do not read ahead to the multiple-choice questions as some of these questions themselves may answer the true-false questions.) If you feel unsure of any of your answers, listen to the segment again before checking your answers. You will notice that a small number follows most of the answers in the answer key. These numbers correspond to the line number in the Arabic text and English translation that reveals the answer. If you do not understand why you got an answer wrong, quickly look at the text and/or translation for that line number. (Here’s where you have to use your self-discipline not to read beyond the specified line number!) Listen again and place a check next to each true or false question as you hear the answer.

Match the Arabic words and phrases to their English translations. You will see two styles of matching exercises, depending on whether the segment is in MSA or a dialect. For MSA segments, the vocabulary focuses mostly on high-frequency adverbs, connectors, and phrases. (Nouns, verbs, and adjectives are usually not included here because which words a learner knows and which he or she needs to learn will vary greatly from person to person. Later, when you study the text and translation, you can look up the words you are curious about and wish to learn.) For dialect segments, there are three columns. The middle column lists words mentioned in the segment which differ significantly from MSA. Of course, you’re likely less familiar with various dialects, so just make your best guesses. Match these up to their English and MSA translations. You’ll learn by spending time playing with the words, so don’t look up the answers too quickly. After you’ve matched the words and checked your answers, listen again while you check off the words as you hear them.

Now that you’ve worked your way through the exercises and have managed to pick up more of what has been said, you can feel free to move on to study the text and translation for the segment. This part is more free-style. Depending on your level of Arabic and level of comfort with the text, you can approach it in several ways. For instance, you can cover the Arabic side and first read the translation; then try to translate the English back into Arabic based on what you remember. Also, you can simply try to brainstorm some possible Arabic equivalents for the words or phrases in the English translation; then check the Arabic side and see how it was actually said. Conversely, you can cover the English side first and relisten while you read along with the Arabic, perhaps pausing the audio to repeat each line aloud. In any case, the side-by-side arrangement of the Arabic text and its English translation allows you to cover one side and test yourself in various ways. You should be able to match up most words and phrases with their equivalents in English. You may want to highlight useful and interesting vocabulary and phrases you want to learn.

Selected segments feature a Focus section which offers a brief review of grammar points for which examples can be found in the segment. When you study the texts of other segments, try to notice grammar in the same way.

Try listening to the segments you’ve already studied again later. You will find that you can understand more and with more ease the following day. (Studies have shown that material learned is consolidated and organized in the brain during sleep.)

How to Study the Arabic Dialect Segments

The dialect segments offer a unique opportunity to study the varieties that exist from region to region in native speakers’ natural speech. Although each Arabic dialect has its own idiosyncrasies, you will come to see that they are not all that dissimilar. Of course, there are differences in vocabulary, pronunciation, and grammar.

Words unique to the colloquial language are presented in each dialect segment’s Matching exercise. You will come to see that the majority of words are the same (or nearly the same) as those used in MSA. The main difference in terms of vocabulary between MSA and dialects lies in the most common words, such as pronouns (we, you…), prepositions (from, with…), demonstratives (this, that…), conjunctions (but, because…), adverbs (now, only), as well as everyday verbs and nouns (do, go, want, can, week, father, woman, car…).

As you study the text while listening, look for voweling which differs from MSA, such as MSA يَكْتُبُ he writes, which in ECA (Egyptian Colloquial Arabic) would be يِكْتِب. Also, listen carefully for the regional pronunciations of certain consonants, namely ث,ج, ذ,ق, ط,ظ, and ض, which may be pronounced differently or replaced by other sounds in some dialects.

Some of the more common, interesting grammatical idiosyncrasies are pointed out in the notes the first time they appear in a segment. Try to spot more examples in the text. Being aware of these differences in vocabulary, pronunciation, and grammar will greatly help you understand more of what native speakers are saying in their dialects. Note that LCA (Levantine Colloquial Arabic) is the label used for the continuum of dialects spoken in Syria, Lebanon, Palestine, Israel, and Jordan. You may notice some minor differences between these dialects.

The Texts and Translations

The text and translation for each segment have been divided into numbered “lines,” which are not necessarily complete sentences or even clauses but are manageable chunks that can be studied.

A “minimalist approach” has been taken in voweling the Arabic text. That is, although the text contains taškīl, the diacritic marks that show short vowels ـُ ـِ ـَ , no vowel ـْ and a double consonant ـّ , they are not written when predictable.

Every attempt has been made to reflect the pronunciation used by the speaker in the taškīl, regardless of whether the speaker has used the correct case suffix in MSA, or used voweling in a word considered non-standard.

Fillers, which are used to signal that the speaker is thinking of what to say next, are a common and natural part of spoken language. The pronunciation of fillers used vary from speaker and region, but to keep them easily identifiable, they have been transcribed as either اااه…or اممم…throughout the texts. يعْني is also a common filler in Arabic and could translate as that is or you know. Another trait of spoken discourse is that the speaker may misspeak, then back up to correct himself or herself. Also, a speaker may decide to rephrase a sentence, or simply not finish it. These are all marked with ellipses (…) so that you can easily see that the word you didn’t catch is in fact not a complete word at all. These ellipses are meant to aid you in deciphering the listening. However, when you are reading for meaning, anything before an ellipsis can be ignored.

Good style has been sacrificed in favor of direct translations so that Arabic words and phrases can easily be matched up to their translations. You are encouraged to think of alternative ways lines could be translated into English.

Notes follow the texts and are referenced within the text by the * and circle-i symbols next to the line numbers. The asterisk (*) refers to a linguistic or cultural note, while circle-i indicates an Internet link to a relevant article or video which you may find interesting. (The Wikipedia articles often contain links to an Arabic version that could provide further reading practice.)

* including the Syrian, Lebanese, Palestinian, and Jordan dialects

This article was adapted from the How to Use This Book and Texts and Translations sections of the books Arabic Voices 1 and Arabic Voices 2.